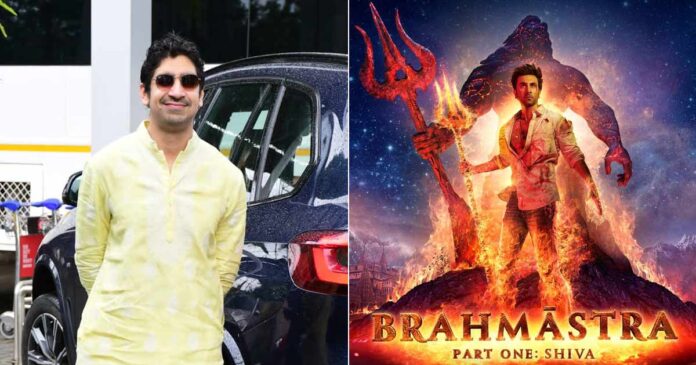 Brahmastra starring Ranbir Kapoor, Amitabh Bachchan, Alia Bhatt, Mouni Roy and Nagarjuna, is refusing to slow down at the box office. Despite all the negativity, the film has pulled off amazing numbers and still continues to do so. Now, despite the talks about part 2, director Ayan Mukerji has promised to come up with better storytelling and dialogues for the sequel. Keep reading for more exciting details.

The magnum opus helmed by Ayan is receiving praise for its VFX work and technicality. It’s really hard to spot any flaws in the film. But on the other side, it is being slammed for its poor dialogues, which inclines more to a cringe side. Also, the screenplay is being bashed by the ticket-buying viewers. Thankfully, it seems that Ayan has listened to their voices.

While talking to Sony Music India, as quoted by Hindustan Times, Ayan Mukerji shared that making Brahmastra part 2 in 2-3 years is a big challenge and he indirectly accepted the flaws in part 1, be it poor dialogues and screenplay. He said, “Look at Baahubali, 2 years pass just like that. We have a very big country, I think it will take six months just for everybody to see Brahmastra. It would have been amazing if we could have given you Brahmastra 2 next year. I would have loved it, it would have been great for me.”

Well, that’s a big relief for all fans who were hoping Ayan would accept the healthy criticism and work on it!