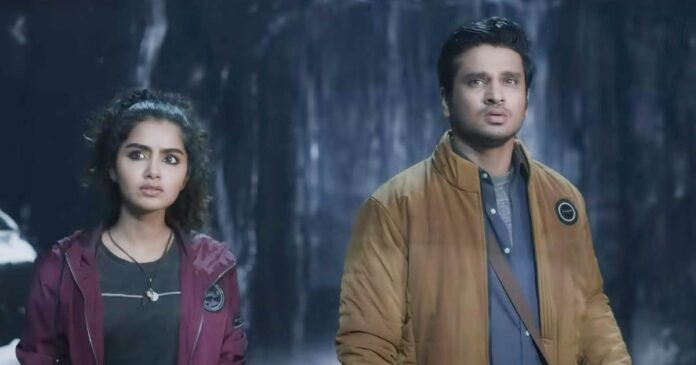 It was a good Sunday for Karthikeya 2 [Hindi] has 1.75 crores* more came in. The growth was expectedly limited on Sunday as this was the trend last weekend also. Moreover, there was India v/s Pakistan T-20 match as well which impacted the prime time evening shows. There was no harm done for the night shows though because as it is audiences don’t quite flock theatres on Sunday night after the weekend has anyways gone past by.

The film has collected 23.25 crores* so far that’s more than 300 times the first day number of 7 lakhs, a record that would perhaps never get broken in future. Main lead Nikhil Siddhartha has been around for 15 years now and has done around 15 films before Karthikeya 2. Amidst the Hindi market, he wasn’t really known all this while. Even on the satellite circuits, his dubbed films were not quite seeing major traction. However, things could now change for him post Karthikeya 2 and there is a good possibility that his older films would be telecast on DTH soon.

It’s always gladdening when there is a surprise success at the box office and Karthikeya 2 has emerged as a hit no less, and that too a rare one at that. One just wonders that how would the box office performance of the film had turned out to be if there was proper promotion, marketing and release. Given the fact that it had arrived in a period of several extended holidays, Karthikeya 2 [Hindi] could well have made a dash at a 40-50 crores lifetime sum.