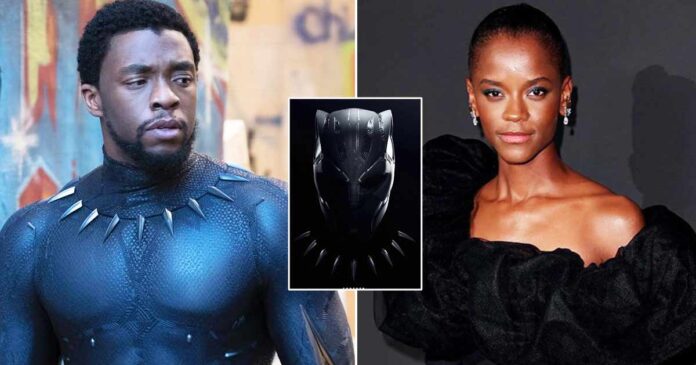 Shuri and T’Challa of Black Panther (Letitia Wright and late actor Chadwick Boseman) were one of the most popular brother-sister duos on-screen. We absolutely loved them in Black Panther and in parts of Infinity War and End Game. However, Marvel has already announced Black Panther 2, and the fans can’t wait.

In 2020, one of the most horrifying news that struck us was Chadwick Boseman’s sudden demise. Well, still, Marvel decided to move on and go forward with their second instalment of Black Panther without him. And, now in an interview, his on-screen sister Shuri a.k.a. Letitia talked about it. Scroll below to know!

During a conversation on The Playlist Podcast Network, Letitia Wright opened up on going on sets of Black Panther 2 and shooting for the film without her on-screen brother Chadwick Boseman. Talking about how hard it was, she said, “It was hard for me to imagine being on set without my brother. It was something I was battling for months.”

Explaining how Chadwick’s character inspired the director of the film, Ryan Coogler to continue with the franchise, Letitia Wright shared, “The confidence that Ryan [Coogler] felt that he heard Chadwick just give him that gentle push forward, to continue. And the way that Ryan would express that it was bigger than all of us, and Chad would have wanted us to continue. That really encouraged me. I have so much confidence. I love Ryan.”

Even though Chadwick Boseman who played the most important role in Black Panther will be missing from the next instalment, Wright couldn’t supress her excitement. Sharing how they have honoured Boseman, Letitia added, “I can’t wait for you guys to see the film and how we honoured Chad in a beautiful way.”

For the unversed, Chadwick Boseman’s character Black Panther has not been re-casted, and the decision was made very early on. And as we can see in the trailer, Queen Ramonda declaring mourning the loss, “The king is dead. The Black Panther is gone. They have lost their protector.”

Well, we cannot wait for Black Panther 2 to release. What about you?

Must Read: Black Panther 2: Not Letitia Wright But Marvel Now Considering Winston Duke’s M’Baku To Take The Legacy Ahead?