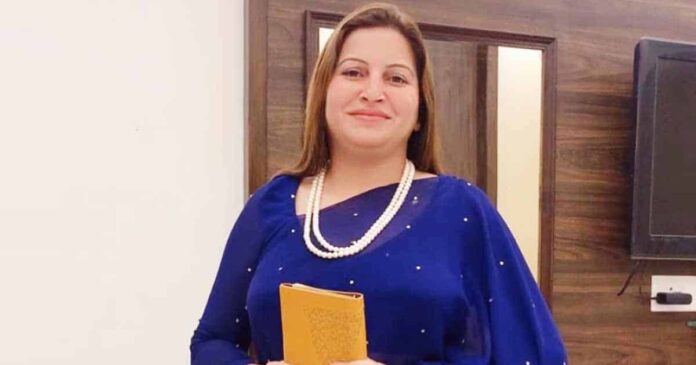 The nation woke up to the shocking news about Haryana BJP leader Sonali Phogat passing away. The former actress – who rose to fame with her stint in Bigg Boss 14, took her last breath last night after suffering a heart attack, while she was in Goa. It is being said that, she felt uneasy after attending a party. Now in a recent media interaction, Sonali’s sister Raman claims the former actress was poisoned. Scroll below to read the whole scoop.

For the unversed, before Sonali participated in BB14, she worked in a number of Television daily soaps like Ek Maa Jo Laakhon Ke Liye Bani Amma, a Haryanvi film Chhoriyan Chhoron S Kam Nahi Hoti. along with several Punjabi and Haryanvi music videos.

Coming back to the topic, after the passing away of Sonali Phogat after suffering a cardiac arrest, her family now feels there has been foul play. The former Bigg Boss contestants’ sister Raman recently spoke with a local news channel, she told, “She (Sonali) called mom and told her about feeling not well. She said she had her food and was feeling uneasy afterward. After which, mom asked her to get it checked by the doctor.”

Sonali Phogat’s sister added, “Sonali said yes will visit a doctor soon. But we got a call at 8 am about her passing away.” Further talking about her sister Sonali Phogat, she states that the politician never faced health illness in the past. On the other hand, the police claim they didn’t suspect any kind of foul play.

Goa Director General of Police Jaspal Singh told PTI, “There are no external injury marks on the body. As of now, we have found nothing suspicious, but only a post-mortem will sort things out.”

As of now, the family of Sonali Phogat arrived in Goa to conduct her final rites. Her body was kept in Goa Medical College in Bambolim for post-mortem.

Must Read: The Kapil Sharma Show To Come Back Without Krushna Abhishek? Comedian Won’t Be In The Show For A Rather Unexpected Reason