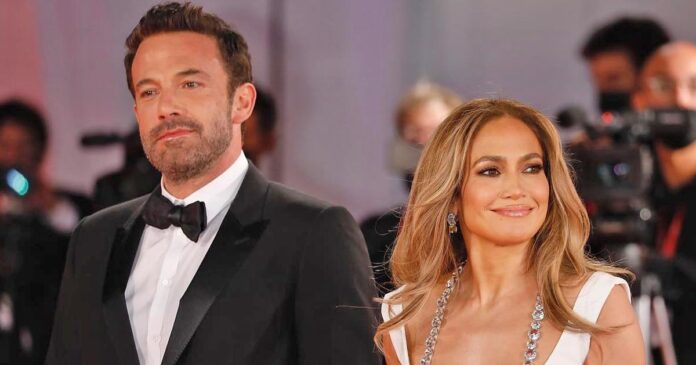 The couple that has made the most headlines for all the good reasons in the past year is Ben Affleck and Jennifer Lopez. The two reconciled two decades after they broke up for the first time and that had every Bennifer fan in tear last year. It was JLo’s 2021 birthday when she officially confirmed her relationship with Ben on Instagram, and it is 2022 when the two are happily married and on their honeymoon during the pop sensation’s birthday. And it seems like a fairy tale has made Affleck emotional as he is shedding tears of joy.

For the unversed, Ben and Jennifer were in a serious relationship back in 2003, the couple broke up literally 4 days before their scheduled date of the wedding. The shock stayed with the fans for close to two decades until the couple decided to reconcile after breaking up with their then respective partners. Turned out the two then walked down the aisle in a secret ceremony and the pictures that came out later were proof of their happiness.

Now as the two are spending their Honeymoon in Paris, we are being treated with pictures of them on walks hand in hand, and many where they are indulged in cute kisses. But what has caught the attention of the world is an emotional Ben Affleck being cradled by Jennifer Lopez. Read on to know everything you should about the same.

As per a Mirror report, Ben Affleck and Jennifer Lopez stopped off at the restaurant La Girafe for dinner on her 53rd birthday with a view of the iconic Eiffel Tower. The two were enjoying a very intimate meal before the cake was brought in with sparklers and they rejoiced in the moment. But soon enough Ben broke into tears and Jennifer started comforting him by putting hands on his cheeks. There is no clarity on why he cried but the pictures are all over.

Meanwhile, talking to People about their rekindled love last year, Jennifer Lopez said, “It’s beautiful the way it feels very different than it was years ago. … There’s more of an appreciation and a celebration for it, which is nice,” says Lopez, who treasures their second chance at love. “When you find somebody and you really, really love them and you get a second chance at that? That is a really rare, precious, beautiful thing and we don’t take it for granted.”