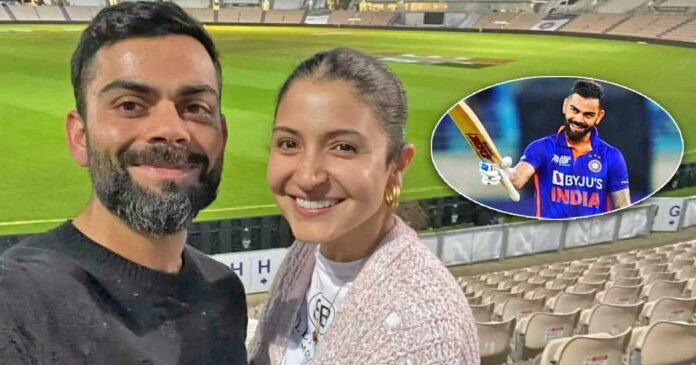 Proud wife Anushka Sharma has promised her star cricketer husband Virat Kohli, who completed his 71st century in international cricket on Thursday in the Asia Cup 2022, that she is “forever” with him “through any and everything.”

Anushka Sharma took to Instagram, where she posted a slew of pictures of Virat from the match. She wrote: “Forever with you through any and everything (heart and infinity emojis).”

Virat Kohli ended his drought of not scoring a century in international cricket for 1020 days with a sensational career-best 122 off just 61 balls to power India to 212/2 against Afghanistan in a dead-rubber of Super Four stage in Asia Cup 2022 at the Dubai International Stadium on Thursday.

Previously, Anushka Sharma and her cricketer husband Virat Kohli became the owners of an eight-acre farmhouse in the plush Alibaug area near Mumbai.

The farmhouse is spread over 8 acres of land near Zirad, a village in Alibaug, and the couple, according to media reports, have spent almost Rs 19.24 crore to acquire the property.

Anushka Sharma, on the acting front, will next appear in ‘Chakda Xpress’, directed by Prosit Roy.