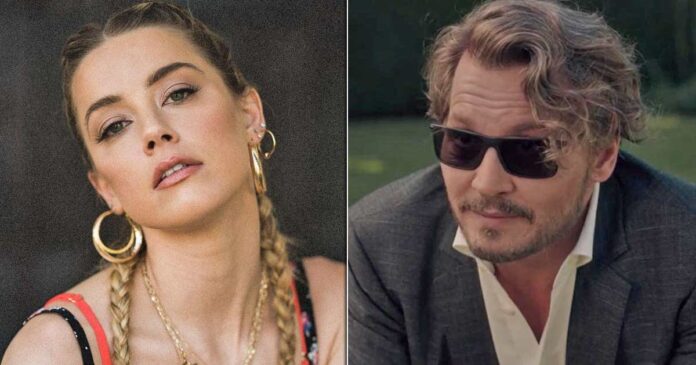 It is very well known that Amber Heard is in a difficult situation ever since she lost the recent defamation trial. She’s been ordered to pay a whopping sum of $10.35 million as damages to her ex-husband, Johnny Depp. But did you know, the actress even reportedly went through a massive weight loss during her marriage with the Pirates Of The Caribbean actor? Scroll below for details.

As most know, Amber met Johnny on the sets of The Rum Diary (2011). The duo fell in love soon after and their whirl-wide romance was a hot topic for tabloids. They tied the knot in 2015 but their relationship fell through soon after and what followed were allegations of domestic violence and s*xual abuse.

Now, as per a report by Geo TV, Johnny Depp is being blamed for Amber Heard losing massive 10 kgs (25lbs). It is her personal psychologist Dr. Dawn Hughes who made the claims in court and the details of it are surfacing online now.

Amber Heard was reportedly 130 lbs but it was her stressful marriage with Johnny Depp that made her lose the weight and come down to 105 lbs. Dr. Dawn Hughes had told the court, “When alcohol and drugs came together was when Amber Heard was more in danger of being hurt by him.”

The psychologist even added that Amber Heard was scared that nobody would believe her side of the story against Johnny Depp, which further affected her health. “The one thing women are afraid of is that no one going to believe them. When someone comes out and calls your experience a hoax that lends itself to more severe trauma for her,” she added.

Must Read: Jennifer Lopez Bursts With Anger As Her ‘Private Moment’ With Ben Affleck Gets Leaked Online: “That Is Our Choice To Share”