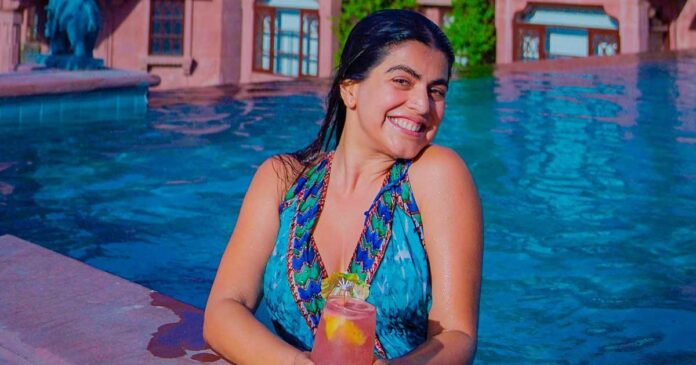 Celebrities across the world are undergoing rare kinds of diseases. We recently learnt about Justin Bieber suffering from Ramsay Hunt syndrome due to which half of his face has been paralysed. His wife Hailey Beiber too faced a stroke-like symptom and was rushed to hospital. On the other hand, Travis Barker is currently in the hospital and his family is asking for prayers. Adding to it all, Ishq Vishk actress Shenaz Treasury reveals being diagnosed with Prosopagnosia.

Prosopagnosia is a health condition also known as face blindness where one cannot recognize faces. It usually affects people from birth and remains almost all of their life. Recently, Hollywood superstar Brad Pitt also spoke about facing undiagnosed face blindness and shared how people don’t believe him when he tells them about it.

Coming back to Shenaz Treasury, the actress took to her Instagram stories and informed fans, “I have been diagnosed with prosopagnosia 2. Now, I understand why I’ve never been able to put faces together. It’s a cognitive disorder. I always felt ashamed that I can’t recognise faces. I recognise voices.”

In another story, Shenaz Treasury continued, “Signs and symptoms of face blindness/prosopagnosia. 1. You have failed to recognise a close friend or family member, especially when you weren’t expecting to see them. Yes, that is me. Takes me a minute to register who the person is. Sometimes even a close friend I haven’t seen in a while.”

The Ishq Vishk actress added, “You have difficulty recognising neighbours, friends, coworkers, clients, schoolmates. People you know expect you to recognise them. Failing to recognise someone might make you seem aloof. Many sufferers report losing friends and offending coworkers because they have failed to recognise them. This is me. So you confuse characters in movies or on television more so than other people? Yes, I do. I can’t tell the difference if two characters have the same height and build and hairstyle. So now please understand that this is a real disorder and not me being aloof or snobbish.”

On the professional front, Shenaz Treasury rose to fame with her role in Shahid Kapoor, Amrita Rao starrer Ishq Vishk. She is currently working as a travel blogger.