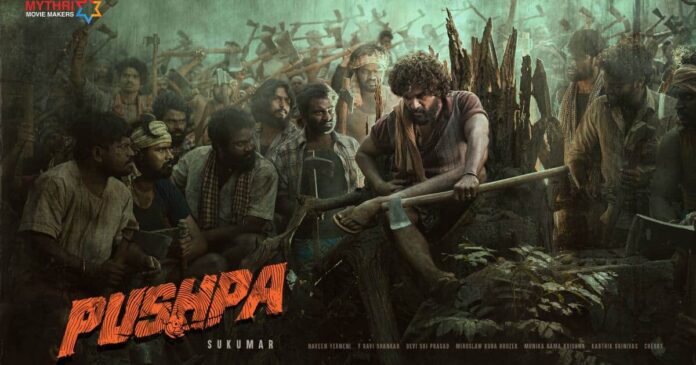 Even after almost a year of its release the Allu Arjun starrer ‘Pushpa: The Rise’ continues to make waves. This time the film has created noise on the international stage as it was recently screened at Moscow Film Festival.

The film has been screened under the category of ‘Blockbusters’ around the world at the film festival. Taking to Instagram, the Embassy of India in Moscow shared Allu Arjun’s poster and wrote: “We gladly announce that the film ‘Pushpa – The Rise: Part 1’ has been selected by the Moscow International Film Festival under the category of ‘Block Buster hits around the world’”.

“The film ‘Pushpa – The Rise: Part 1’ starring Allu Arjun, Fahad Faasil, Rashmika Mandanna directed by Sukumar Bandreddi has created sensation all over the world and has stood as the highest grosser in India for the year 2021”, the embassy further mentioned in their Insta post.

From Allu Arjun’s popular dance number ‘Srivalli’ to his heroic screen presence in ‘Oo Antava Oo Oo Antava’ along with Samantha Ruth Prabhu, Pushpa has been a box office phenomenon and can make well a case study for a film that broke records at the box office with practically no marketing and promotions before the theatrical release.

The film went to theatres with just a cold poster launch and limited digital engagement and gave stiff competition to ‘Spider-Man: No Way Home‘, and effectively decimated the multi-starrer sports drama ’83’. Pushpa’s digital premier further took the film’s popularity to places unheard of.