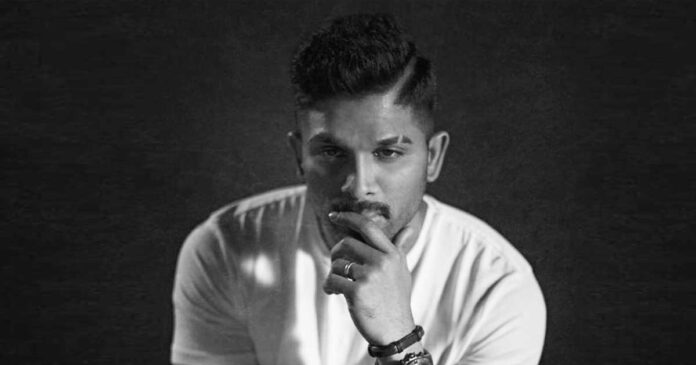 Allu Arjun has become a national sensation in the last few months with the box office success of his Telugu blockbuster Pushpa: The Rise. The actor’s acting skills and dance style are a few of his many charms that resonate well with the audience. In a recent turn of events, he opted for a funky blue T-shirt when he was spotted in the city and let’s just say not everyone was happy with it.

For the unversed, Allu was last seen in the first instalment of Pushpa which played a key role in bringing back the audience to the theatres after the pandemic dry spell. The actor will now be seen in the next part of the franchise which is currently in the pre-production phase. So far, the film has faced multiple delays but looks like the team has finally locked in the script after making several changes. The film will also have a bigger role for Fahadh Faasil, who was only seen for a few minutes in the first part.

In the most recent turn of events, Allu Arjun was papped wearing an urban cool attire and the audience seems to have mixed reactions to his choice of outfit. He opted for a bright blue graphic T-shirt which had a bunch of colourful prints, making the cotton garment stand out effortlessly. In bottoms, Arjun wore loose cargo pants, which stood in contrast with the vivid colour of his Tee.

Allu Arjun also wore a simple watch to go with the look, alongside a pair of unique rimmed glares which added to the style quotient of the look. His hair was left unset with messy curls and he could also be seen with a grown beard. Have a look at the picture posted by a pap Manav Manglani here.

In the comments section, some people were seen trolling Allu Arjun’s outfit while others did not like it that he has gained a little wait.

“He looks like sadak chaap thief. Southie are crazy for this beggar”, a troll mentioned

Tune in to Koimoi for more on South.