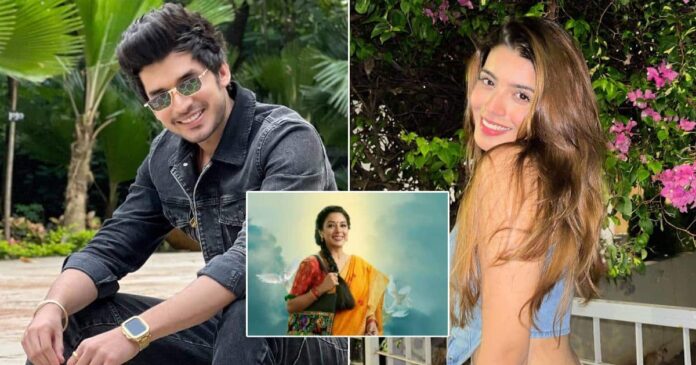 Paras Kalnawat who rose to fame with his character in Anupamaa left the show last month to participate in Jhalak Dikhhla Jaa. Ever since the actor left the show, his absence stirred many controversies and he gave some shocking interviews post his exit from Rupali Ganguly starrer. Now, Alma Hussein who played his love interest on the show has also left it and has revealed the reason behind the same. Scroll below to read the scoop.

For those of you who don’t know, Anupamaa enjoys a massive fan following across the globe. The show is always topping the TRP charts and fans love Rupali starrer not just here in India but also globally. Now coming back to the topic, Alma entered the show in May and played the love interest of Samar which was portrayed by Paras on the show.

In an interview with ETimes, Alma Hussein opened up on quitting Anupamaa and said, “I entered the show in May and was very happy about working in this show. But soon I realised that my track was going nowhere. I also felt that I was not growing as an actor. Being so young, I want to learn as much as possible, which was not happening. Due to major twists and turns in the story in the past couple of months, and also because of Paras’ exit from the show, the makers could not open the track of Sara and Samar. Instead of me just standing behind with not much to do I felt it was better to look for something worthwhile. So I spoke to Rajan Shahi sir and discussed with him. He also agreed with me. It was a mutual decision and it was decided that they would show Sara leaving for the US for higher studies. I am glad that he understood my point of view. So, yes, as of now I am not a part of the show.”

When asked if she’s keen on taking on a new show, Alma Hussein replied, “Yes, I am very open to taking up a new project. If the makers build my character in Anupamaa, I am ready to come back too. They have promised that when things settle down, they will show Sara returning to India. But in the meantime, if a better opportunity knocks at my door, I won’t let it go. I am an actor and I want to explore something new every day.”

Alma’s role on the show might have been short but it had a successful stint and gave her recognition.

What are your thoughts on Alma Hussein leaving Anupamaa after Paras Kalnawat? Tell us in the space below.

Must Read: Out Of Boycott Brahmastra’s 100K Tweets, 75% Are From Pakistan, Qatar & Kuwait Ranking Higher Than India?