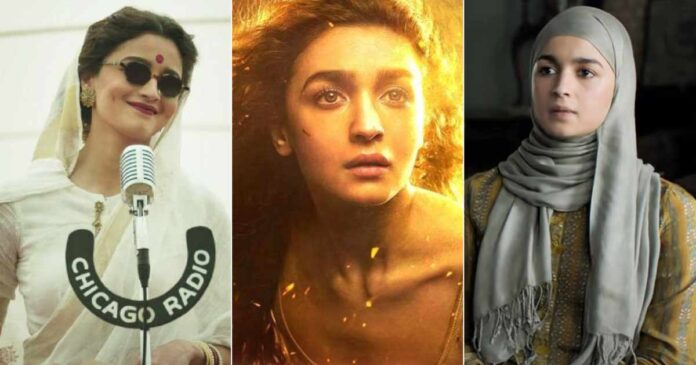 Gangubai Kathiawadi, RRR and now Brahmastra – It has been a fascinating run for Alia Bhatt in 2022 with her turning out to be the only actress with as many as three biggies to her name and each of it setting records at the box office. First came Gangubai Kathiawadi which opened theatres this year by not just taking a good opening but also sustaining well to hit a big century. Then came RRR which was of course a film about NTR Jr. and Ram Charan but did manage to entice audiences due to her presence. Now it’s Brahmastra and it’s as huge as it gets.

The Ayan Mukherji directed film has scored a big century in its opening weekend and in the process has turned out to be Alia Bhatt’s biggest ever opener, and that too by a huge margin. If one compares the numbers with Alia’s persona best when it comes to a Bollywood film, it has done more than double of Gully Boy. This isn’t all. When compared to Gangubai Kathiawadi weekend, the film has netted almost three times in its first 3 days. In fact the Sanjay Leela Bhansali film had scored 129.10 crores in its lifetime which has been surpassed as you read this.

This is how the Top-10 weekend openers of Alia Bhatt look like:

In her entire career spanning 15 films, Alia Bhatt has delivered just two flops [Kalank, Shaandaar] and to think of it, Kalank still managed a very good opening of 44.65 crores (though it came falling down from Saturday itself). All other films have managed to make good money at the box office and now it has to be seen whether Brahmastra would turn out to be Alia Bhatt’s personal best ever as well by challenging RRR [Hindi] lifetime score of 274.31 crores.

Must Read: Spider-Man: No Way Home Takes Down Avengers: Endgame At The Box Office In This Exciting Feat, Creates A Major MCU Record