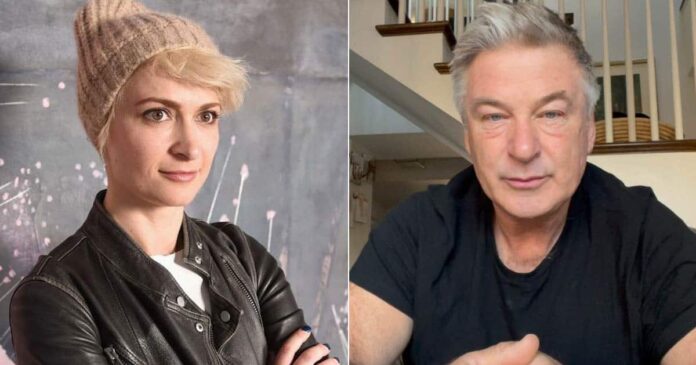 The FBI has concluded their investigation saying that Alec Baldwin must have fired the gun normally on the set of the Spaghetti Western movie ‘Rust’, fatally wounding Halyna Hutchins in the ghost town of Bonanza City, New Mexico.

Contradicting Alec Baldwin’s prior claims, the FBI forensic report on the ‘Rust’ fatal shooting case claims that the gun used in the accident could not have been fired without pulling the trigger, reports Deadline.

Baldwin, the film’s producer and lead actor, shot cinematographer Halyna Hutchins on the set last year. He said he believed he was handling a “cold gun” without live ammunition. However, when the gun fired, a live bullet struck Hutchins, killing her. The film’s director, Joel Souza, was also wounded in the shooting.

The FBI’s accidental discharge testing determined that the single-action revolver needed a trigger pull to fire.

With the hammer in the quarter- and half-cock positions, the gun “could not be made to fire without a pull of the trigger,” the report accessed by Deadline stated.

It added that the gun could not detonate “without a pull of the trigger when the hammer was struck directly.” Such a response is normal for this type of revolver, the report stated.

“The District Attorney’s office has been working with Suffolk County PD and Baldwin’s lawyer to acquire the phone records. Once Suffolk County PD completes its agency assistance and sends those records to New Mexico law enforcement, our detectives will need to then thoroughly review those phone records for evidentiary purposes,” Santa Fe County Sheriff Adan Mendoza said.

The fatal incident occurred on October 21, when Baldwin, the multiple award-winning star of movies such as ‘Talk Radio’, ‘The Hunt for Red October’ and ‘The Departed’, was given the all-clear by the First AD to discharge a prop gun, which took Hutchins’ life.

Must Read: Warner Bros Not Getting James Bond Even After Cracking A Massive Deal With MGM, Here’s Why