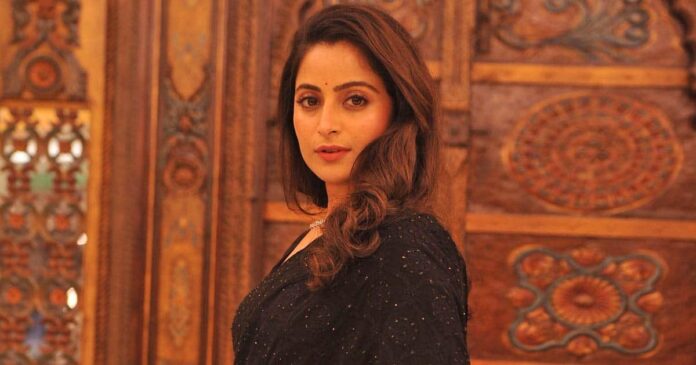 TV actress Aishwarya Sharma, who is seen playing the role of Paakhi in the show ‘Ghum Hai Kisikey Pyaar Meiin’, says after the five year leap, her role is now more positive in the daily soap and audience can look forward to many twists and turns.

Aishwarya shares: “I’m really excited about it. First of all, I was playing the role of Paakhi in a very different way than I am now, and it’s a whole new experience. Now, I have to show her in a positive and more mature manner.”

Aishwarya Sharma was portrayed in the positive light in the beginning of Ghum Hai Kisikey Pyaar Meiin. Later, she was seen trying everything to create a rift between Virat (Neil Bhatt) and Sai (Ayesha Singh). She also became a surrogate mother for them. Though the situation changed and Sai herself gave birth to a baby boy Vinayak, she was forced to leave the house and lost her baby too.

Later, Sai gave birth to a baby girl and started taking care of her as a single mother. In the five-year leap of the show Ghum Hai Kisikey Pyaar Meiin, Virat and Paakhi are shown married.

Aishwarya Sharma said, “There are so many twists and turns coming up, and I’m waiting for my entry in the show. Also, I’m really excited to work with kids. Let’s see what happens next. It really feels like a totally new show.”

Must Read: Sorry, Jannat Zubair Fans! Her No-Kissing Policy Is For Life: “Also, The Reason Why I’m Not Focussing On OTT At All”