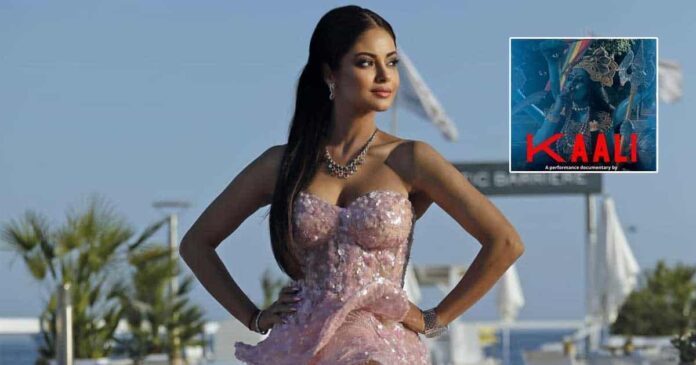 While there is outrage over the controversial poster of the documentary film ‘Kaali’ directed by filmmaker Leena Manimekalai, Bollywood actress Meera Chopra also criticised the image shown in the poster of Goddess Kaali smoking a cigarette.

Sharing her opinion on the matter Meera Chopra said, “Creative freedom is definitely needed to make honest and thought-provoking cinema and stories. However, being insensitive to the religious beliefs of the audience, or showing a certain section of the society in poor light, just to create controversy and hog the limelight, does not fall under the creative paradigm. I strongly detest such a portrayal of our gods and goddesses. And if this is what people think liberation means then I feel sad for them.”

The ‘Kaali’ film poster has also attracted controversy from Congress who categorically rejected it. Their spokesperson Gaurav Vallabh also made a statement and said, “We respect all deities of all religions and do not endorse anything which hurts anybody.”

An FIR by the Delhi Police has been registered against Leena Manimekalai, a day after a complaint was lodged against her over the controversial poster of her new documentary.

The actress is currently working on two films with very different subjects. She is playing the female protagonist in the upcoming film ‘Safed’. ‘Safed’ depicts the atrocities against widows and transgenders. ‘Safed’s’ first look was unveiled at the Cannes Film Festival this year by A.R Rahman.

Another of her upcoming film ‘Super Women’ is India’s first film on ‘Asexuality.’

Must Read: Karan Johar Reveals Getting Yelled By Jaya Bachchan For Speaking Loudly On The Mic, “You Don’t Need To Scream…”