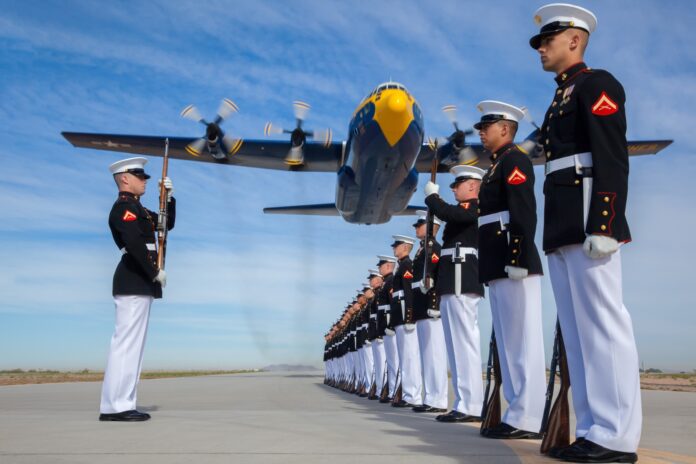 You may think that every country has a military, but in fact, 22 countries lack one.

People that are in the military wear a uniform unique to their branch and country. A uniform’s design says a lot about the people who wear them and what they do.

Some of the coolest military uniforms in the world are not even worn on the battlefield. They’re worn for parades, ceremonies, and other special occasions.

This guide looks at the top seven coolest military uniforms around the world and what makes them so awesome.

It will be hard to miss the vibrant colors of the Swiss guard gala uniforms. These uniforms look like they are straight out of the Renaissance. They have bold red, yellow, blue, and orange vertical stripes.

Each of the colors on this flashy uniform symbolizes an event from the history of the guards. The blue and yellow represent Pope Julius the II. Years later, the red was added as a tribute to Pope Leo X.

The ceremonial helmets, made in the Morian style, have been worn by soldiers since the 16th century. A brightly colored ostrich plume adorns the top of the helmet. If the Swiss guard has a non-ceremonial occasion, they opt for a basic black beret.

Each uniform takes a master tailor 32 hours to create and consists of 154 pieces. These tailors have their home base in the Vatican. People once rumored that Michelangelo designed the first version of this uniform!

2. The Special Guard of Honor Company

One of the coolest military uniforms in the world belongs to a branch of the People’s Army of the Mongolian People’s Republic. These uniforms get their inspiration from the empire Genghis Khan created in the 13th century.

These uniforms have a bright blue and red base. A tall helmet adorned in gold tops off the look. To wear this uniform, you must be at least five feet eleven inches tall.

You can find one of the best military uniforms around in Scotland. The main thing to stand out in the ceremonial uniforms is the kilt these Scotsmen wear.

The kilt is a patriotic symbol and also incredibly stylish. You’ll also see a sporran as part of this uniform. A sporran, made from white or black horse hair, hangs on the front of the kilt.

Each Royal Regiment of Scotland battalion has its own colored hat called a hackle. If you play in the band, you will have a sizeable feathered hackle to wear.

These U.S. military uniforms aren’t wildly colorful, but they are nostalgic. These all-white uniforms feature white pants, a white top, a sailor hat, and a blue neckerchief.

The blue neckerchief first came on the scene in the 1600s to keep sweat off the necks of the sailors. Other people say this article of clothing can save a life by doubling as a tourniquet in battle. Today, the neckerchiefs all get tied using a square knot.

Although the white dress uniforms look like those of years past, they have recently gotten an update. Today, you’ll find a more tailored look with fresh blue piping.

A fun fact about the Navy uniforms is that they brought about many modern fashion trends. The peacoat, bell-bottom jeans, and brown shoes originate from the Navy style.

The members of the Spanish Legion aren’t afraid to show a little skin! These are different military uniforms in that they reveal the chest and arms of the people who wear them.

Shirts made in a sage green open up at the chest. This short-sleeved top gets paired with a triangle hat held in place by a strap at the jaw. Leather suspenders finish off this stylish look.

The feature that stands out most on this uniform is the white headdress known as a kepi. You’ll only see a legionnaire wear these hats during ceremonies. You’ll find these members in a green beret when not participating in a ceremony.

Each unit has its own military badges, which you’ll find on the upper right coat sleeve. Red epaulets adorn their shoulders, and blue bands encircle the waist. The most exciting part of this uniform is the polished ax they carry for ceremonies.

In the past, the military didn’t supply Japanese officials with their own uniforms. They had to come up with one by themselves. This meant that the military consisted of uniforms of all types of textures and colors.

Today, the Japanese have some of the most intimidating military uniforms in the world. They have three types of helmets that feature elaborate straps. These straps are a throwback to the history of Japan.

Each Japanese military person has a red sash around their waist made with 1,000 stitches. These stitches bring good luck and courage to military personnel.

Even the Coolest Military Uniforms Aren’t Just For Looks

If you found our article on these military uniforms helpful, there’s more where it came from! Check out our lifestyle, food, and sports blogs for more fun information today.