How e-bikes are helping to build a Green Environment 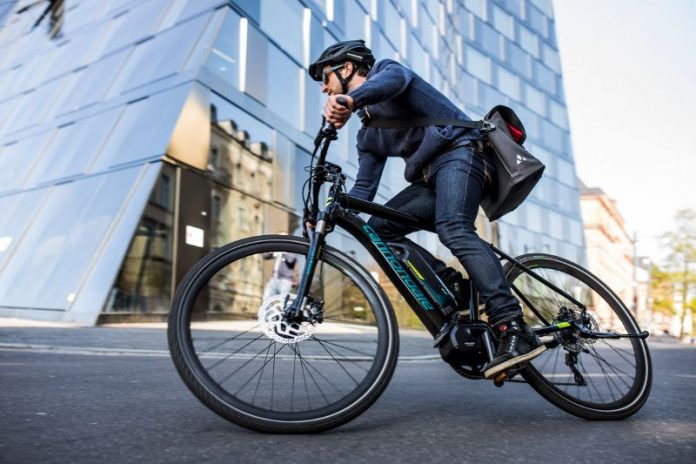 Indeed necessity is the bearer of innovations, the repercussion of fossil fuel on a global scale has prompted people to look for better substitutes.

In the course of that journey, they ended up creating electric bikes (also known as e-bikes).

It is a popularly held belief that riding an e-bike depicts laziness, well this assessment couldn’t be more wrong.

Save for a small electric motor there isn’t any difference between a normal bike and an e-bike.

There are instances where having a motor assist comes in handy, like when you are climbing a hill, or when you are hauling some stuff.

Having said that, the level of assistance from the electric motor decreases with increasing speed and stops altogether once you achieve 15 mph.

The motor has a rechargeable battery that can be charged from the main power socket, a fully charged battery can run for at least 25 miles while attaining a top speed of 16mph.

How does an electric bike help the environment?

One of the major issues of modern time is air pollution, it has beleaguered many cities across the planet including in the United States.

One such deadly variation of air pollution is Smog, which causes severe respiratory disorders in people.

E-bikes have zero contribution to air pollution and hence the reason why many people in urban cities prefer to use it.

Transportation means like cars, buses, trucks, etc make use of fossil fuels like gas and diesel, combustion of which releases carbon emission into the atmosphere.

On the other hand, an e-bike has zero carbon emission since they run on clean/green energy.

If you put things in perspective you can prevent the release of 500 pounds of carbon emission.  Talk about helping Mother Nature out.

Charging a battery means draining power from the electricity grid, now it doesn’t have to be a strain on the grid, so you should charge your bike during the off-peak hours.

In simple terms, off-peak hours mean that part of the day when the need for electricity is the lowest.

By doing this you not only contribute to the betterment of the environment but also reap benefit from the lower rates related to the off-peak hours. It’s a win-win situation.

One sure way to reduce your carbon footprint is to reduce waste. Owning an e-bike will guarantee you that.

But don’t presume that there won’t any kind of waste at all, I mean there’s a battery, so one day you are going to have to replace it.

So make sure you recycle them, one good thing though, these batteries aren’t lead-based unlike those in cars, and instead, they are made up of lithium which is not dangerous to the environment.

Having an e-bike is already quite an achievement concerning one’s carbon footprint.

But you can a step further and eliminate the entire possibility of having a carbon footprint by switching to a green energy source.

So wind and solar power are the perfect alternatives for traditional electricity, as they are both limitless and renewable.

Yet another positive impact this bike has, is on the roads.

A heavy vehicle like a car, bus damages the integrity of the roads, and the subsequent repairs involve vehicles that are much heavier than cars and buses. This means even more carbon emission.

Compared to a ride on a train, an e-bike is six times more efficient.

Furthermore, you are not bound by any restrictions like you are while you are on a train or bus.

Besides nobody likes congested and crowded means of transport, it is not only unpleasant but also unhygienic.

Most trail parks have restrictions when it comes to riding motorcycles, the main concern here is the pollution.

To overcome this hurdle you can opt for an off-road e-bike.

As the name suggests this e-bike has been designed specifically for exploring rugged and mountainous terrains.

So owing to the long list of pros an e-bike has to offer, the market has been flooded with so many sturdy and yet cheap electric bike,  that you would certainly have a hard time choosing one for yourself.

Our environment is troubled by global warming, this is a serious problem and years of burning fossil fuels have brought us to this predicament.

So we must take up the initiative and do something about it.

It might seem insignificant to you but every little effort and step of yours matters, but before that, you need to first understand the things which are vital for this initiative.

One such step is using an electric bike. Not only you can do your part in preserving the environment, but you can also save some bucks.

According to NHS, one who rides a bicycle for 2 hours and 30 minutes, every week, he/she experiences a 39% lower rate of mortality. Isn’t that awesome!

So what are you waiting for? Get an e-bike now.